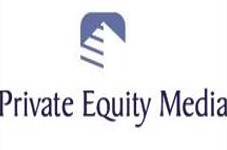 Mispricing of intangible assets is creating significant opportunities and risks, delegates to the New Zealand Private Equity & Venture Capital Association annual conference were told. Paul Adams, chief executive of intangible asset advisory company EverEdge, said intangible assets were often not included on a company’s balance sheet and because of this needed to be assessed for hidden value, and risk. Intangibles include brands, data, software code, systems and processes, patents and internet assets.

Despite this, companies with extensive inventories of intangible assets are typically still valued on multiples of earnings before interest, tax, depreciation and amortisation (EBITDA) more applicable to conventional industrial-age businesses. These valuation processes do not reflect the inherent scalability of the intangible assets at the heart of many businesses.

Adams said his company had recently advised on the sale of a company which had 30 years of accumulated data. Rather than focusing on identifying buyers interested in acquiring the business as an operating entity the EverEdge team had researched which companies would see value in its data assets. This had resulted in a sale being negotiated at 32 times EBITDA.

Mispricing risk associated with intangible assets could, however, be equally significant. Adams said a relatively well known technology company, which had raised $NZ50 million from venture capital and private equity investors, had been forced into an acquisition by an offshore competitor after it was found to be infringing that company’s patents. The company had entered into a sale, to avoid legal action, at roughly one third of the most recent valuation. This resulted in a loss to investors of approximately $NZ100 million.

Adams said this case illustrated the importance of understanding the critical risks intangible assets can represent. It was assumed in Silicon Valley that any high growth company would be competing with at least a dozen similar companies in the San Francisco Bay area, let alone the rest of the world. Most of these companies would be developing valuable intangible assets that could represent significant long term threats to competitors (and therefore anyone investing in those competitors).

In addition, many companies did not own the intangible assets they used. Management and investors often incorrectly assumed they owned key intangible assets yet had never conducted adequate due diligence on chain of title or the true owners of the assets. In another example, a promising growth company which had received $NZ10 million in investment was found to not own its core intangible assets. This had resulted in virtual total value destruction for the company’s investors.

Article originally published in the Australian Private Equity and Venture Capital Journal. This is a subscription publication. To ensure you receive 11 issues a year, subscribe at www.privateequitymedia.com.au .